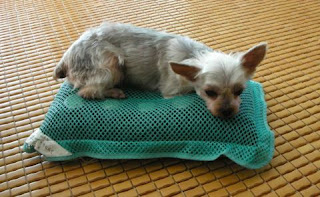 Again, it was a hot day. Though we decided to go to the Powell Street Festival. 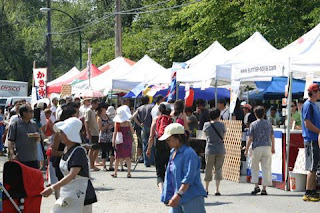 Although we went early, there were lots of people in front of the food section. 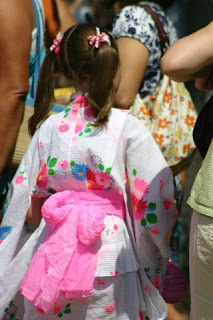 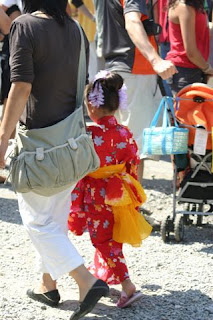 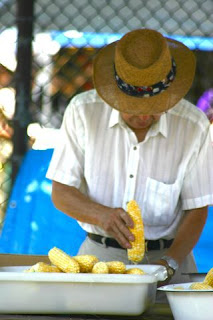 This gentleman was solemnly putting sticks into the corns. 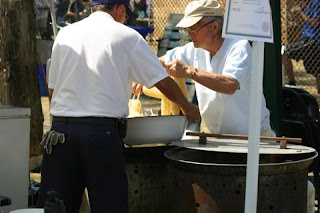 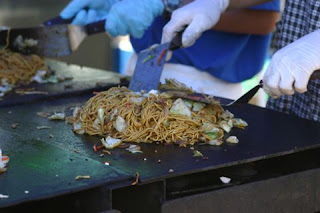 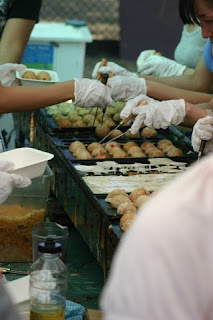 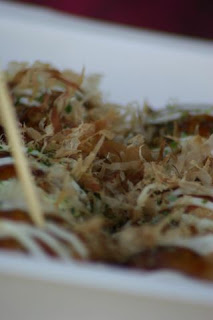 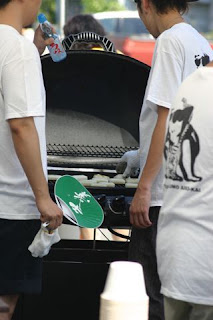 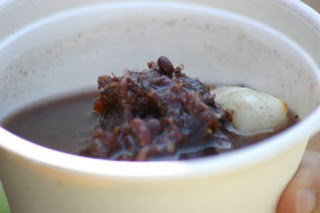 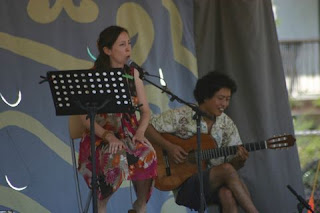 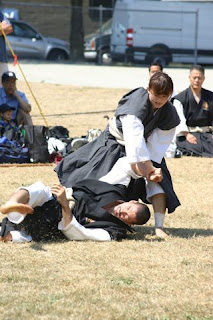 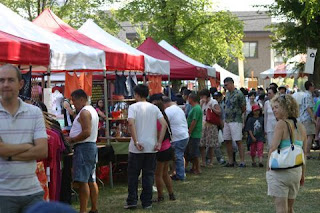 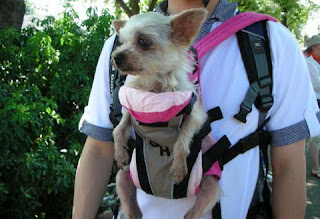 Spoiled Strawberry was eating food that people dropped so we had to put her in the carrier. People wanted to take her pictures so Kay had to say yes. 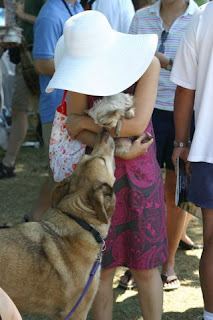 Saying hi to a friend. 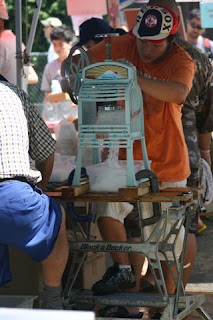 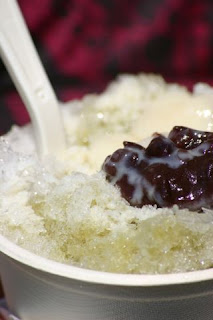 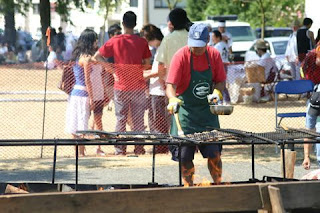 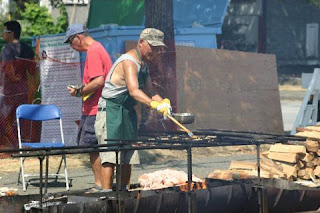 Grilling salmon on fire logs. (On that hot day!) 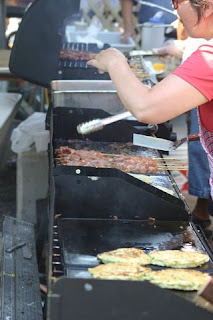 Couldn't try everything but had lots of fun. Will go again next year. :)
Posted by ana at 11:07 PM

really great pictures --it looked really fun. I like especially the shaved ice!

Calico: Thanks! It was a hot day, so the shaved ice was even more refreshing.